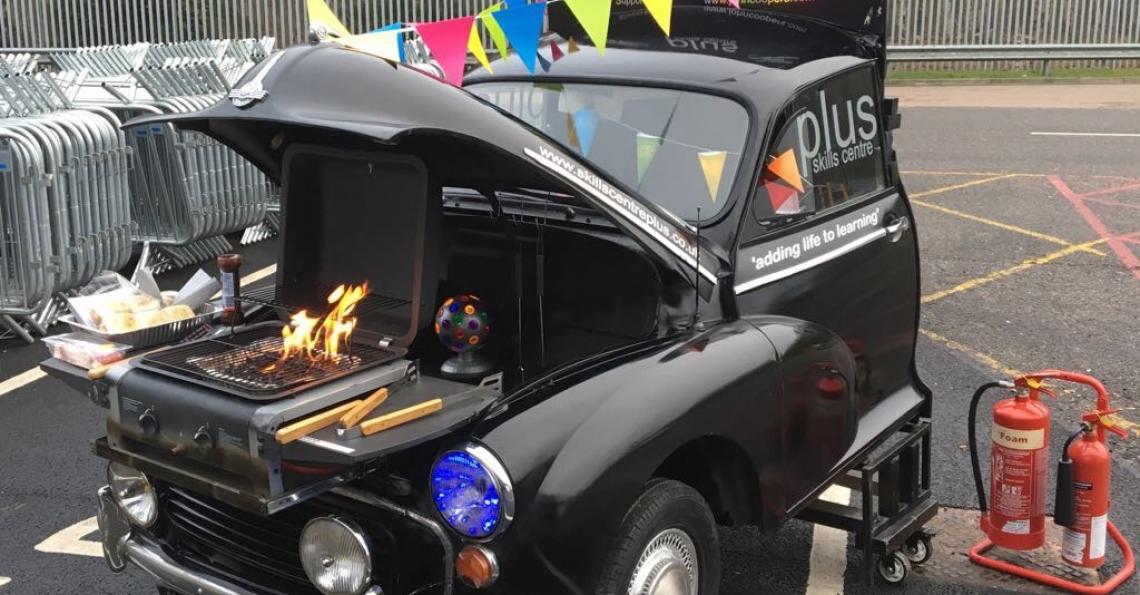 Fraser Bramley, a student at Skills Centre PLUS in Scunthorpe represented the region at the National Science and Engineering competition at the NEC in Birmingham and ended up on the BBC Breakfast show!

Fraser worked closely with pupils from St Hugh’s School in converting an old Morris Minor into a BBQ. The innovative idea came from the students from St Hugh’s last year. In May 2016 they attended the regional heats of the Big Bang Engineering competition in Doncaster and were selected for the finals at the NEC.

Over 70,000 visitors attended the exhibition at the NEC. The Car-B-Q gained a lot of attention from visitors and engineers from companies such as Rolls Royce, BAE Systems and Airbus.

In addition to the competition Skills Centre PLUS also took 20 engineering students from the St Lawrence Academy to the exhibition to help raise awareness of the wide range of career opportunities available to them.

Blue Peter presenter Greg Foot took great interest in the project. He interviewed Fraser and asked him about the Car-B-Q.  This resulted in the BBC featuring the Car-B-Q live on their National breakfast programme the following morning.

Skills Centre Director Nigel Longstaff said “I am so proud of Fraser and all the students from St Hugh’s that took part in the project. Fraser is a student on our Supported Internship programme, designed to prepare young people for work. What better way to develop confidence than to be interviewed live on TV in front of millions of viewers! He was a real star!”

BBC presenter Steph McGovern was impressed with Fraser and delighted that she had the bonus of a bacon butty! She said that ‘Fraser was her kind of man!’

Back to Latest News